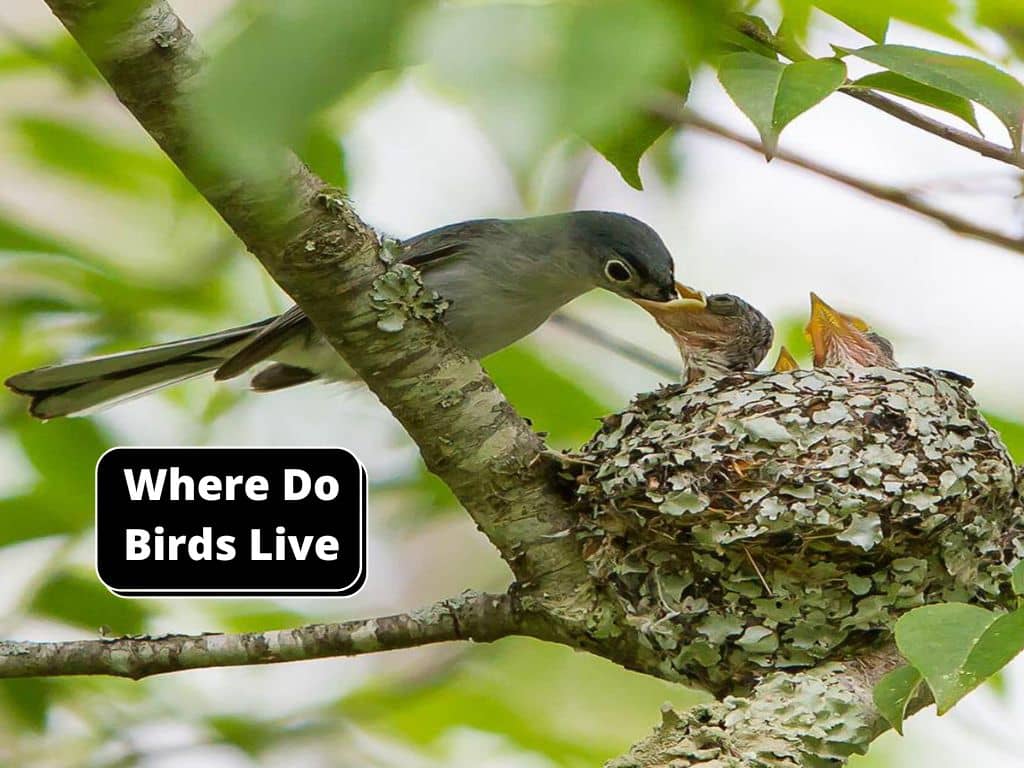 In this article, we will find out where the birds live and what kind of nest they live in. Let’s find out

The view of the wings spread in the open sky and the chatter is always very captivating. The extraordinary creativity of bird-nesting is also a manifestation of nature’s marvelous architecture.

Also Read: Where Do Birds Go At Night

Some bird nesting styles are so good that it’s hard to believe. How can a little bird make such a beautiful and perfect nest using only its beaks and toenails like a skilled and skilled craftsman! That is why the bird’s nest is a wonder to many zoologists, naturalists, and architects.

The technique and type of birds nesting depend on the geographical location of the particular area, the structural natural diversity, and the material. Some of the birds build their nests with mud, some with stalks, some with grass, straw, and some with their own saliva and feathers.

A closer look at the bird’s nest reveals how much effort, intelligence, patience, and skill they put into building a nest. Birds use their skills and abilities to build nests. So that they can protect themselves from any external danger. To avoid being attacked by animals or snakes, many birds make their way down the road to enter the house.

They use a method to prevent external attacks. That is, many times the face of the house is made like a hole. That’s just to cheat. It is not possible to enter the house through it. 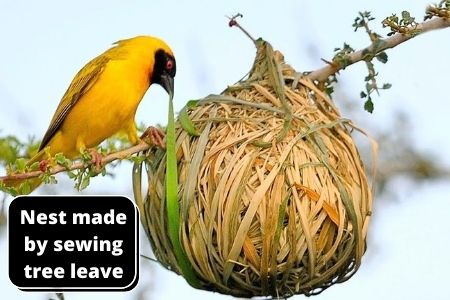 To make a nest that swings like a cradle, the Tailor-bird sews two to three leaves to make a small bowl. The nest is made of soft grass and leaves. Strengthens the nest by sewing with a thin creeper, cotton, tree fiber, or sesame.

There are several species of birds that are good at attacking other birds. The woodpeckers, Parrots, Blue-Throated barbet, etc. occupy the nests of birds and make their own nests. They also nest in bamboo head holes and in betel tree holes. Apart from that, it nests in the gaps of the building, in the rooms of the trees, inside the discarded pots and pans. Their home is like a bowl.

It can also be like a cup of tea. In addition, heaps of hay, electricity poles, telephone poles, gaps in the building, tree chambers, ventilators, pots, sparrows inside the jug, storks, finches make nests. 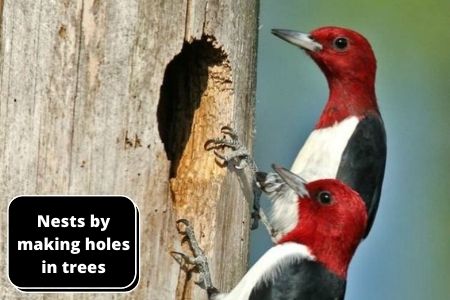 Woodpeckers usually make holes in trees by nibbling with their beaks. In the meantime, grass and straw make a bed. In the woodpecker’s house, snakes and guisaps occasionally attack in greed for eggs. So the woodpecker has to change his house frequently.

Weaver Bird is also called ‘Tantipakhi’ as it is an artistic home made of mud, grass, and herbs. Weaver birds nest in groups of palm, coconut, date, betel nut, and rain trees. The structure of their house is very complex and the shape is also very beautiful. The weaver bird’s nest looks a lot like an inverted pitcher. Weaver bird works hard to build a house. Fix the grass cover and mud mixture with the lips.

Carefully rub the abdomen to smooth the round shape. In the beginning, there are two downward holes. Later one side closes and makes a place for keeping eggs. The other side makes the entrance and exit way longer. Weaver bird usually builds two types of nests.

Interestingly, the male bird builds these nests with a mixture of his hard work and artistry. It takes 10-15 days to build a house. All these wonderful houses of artistic pattern give joy to the minds of the people swaying in the waves of the wind.

Eagles, Black Kite, Phalacrocoracidae, and aigrette build their nests with dried and raw twigs on the tops of large or medium trees. Occasionally he spreads straw, plastic with his lips and toenails. So that the home remains firm and comfortable.

Many aquatic birds including Kingfisher, Snipe, Bee Eater are adept at making nests in earthen holes. In the meanwhile, the fisherman loves to nest in the earthen slopes, in the mounds of wool, in the hollows of other birds, or in the hollows of the rotten trunks of trees. 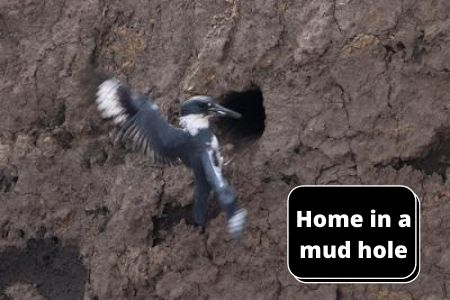 Both male and female birds dig holes by loosening soil or rotten wood with their beaks and make nests by throwing soil or wood powder out of the holes with their feet.

1 thought on “Where Do Birds Live A Clear Overview”